This site doesn't support Internet Explorer. Please use a modern browser like Chrome, Firefox or Edge.

My Gripping Thriller Everyone is Talking About.

"When Edward gets a job working behind the scenes on the notorious and controversial Michael O’Shea Show, he thinks he’s hit the big time. But little does he realise what he’s let himself in for.

The presenter’s brother is arrested for sex crimes, and the show is threatened with cancellation when two guests are reported missing. Then, when a member of the backstage staff is abducted it becomes clear someone has the show in their sights.

Is someone trying to sabotage a seemingly harmless talk show by targeting its presenters and guests? Or does the truth lie somewhere closer to home? One thing is for sure, there’s no telling who’s watching The Talk Show…"

British readers can purchase The Talk Show from Amazon here.

Stateside readers can purchase The Talk Show from Amazon here.

Be sure to connect with me on Goodreads to see what books I’m currently reading and where I answer more of your questions.

What My Readers Are Saying

"This was a very well written story with characters that are easy to visualize. The author drew me in right from the start and I knew exactly who everyone was and what had happened.... at least I thought so!

It has a superb ending and I can thoroughly recommend this excellent very original and exciting book. 5*"

"…for a few days this week I loved being back with the trials and tribulations of a good old Talk Show. I think Harry was a fan too, I believe he got the whole backstage goings-on spot on. So needless to say I LOVED #thetalkshow…"

"A good read from a promising new author. Looking forward to reading new stuff from this author as he showed great promise with this novel and as his writing style matures I can see some genuine classics coming our way."

"This is an absolutely cracking debut… I was hooked right from the beginning. It kept me on the edge of my seat for most of the book. I had absolutely no idea what was going on in the best possible way, I found myself giving up trying to guess what was coming because I couldn’t, and I absolutely loved it! The suspense and the build-up is fantastic. The characters were all pretty unlikeable in their own ways, which only added to the suspense of the book. You can't trust anyone hence you have no idea who could be your fall guy. This book gave me serious Steve Cavanagh vibes and I really hope there is a sequel coming!" 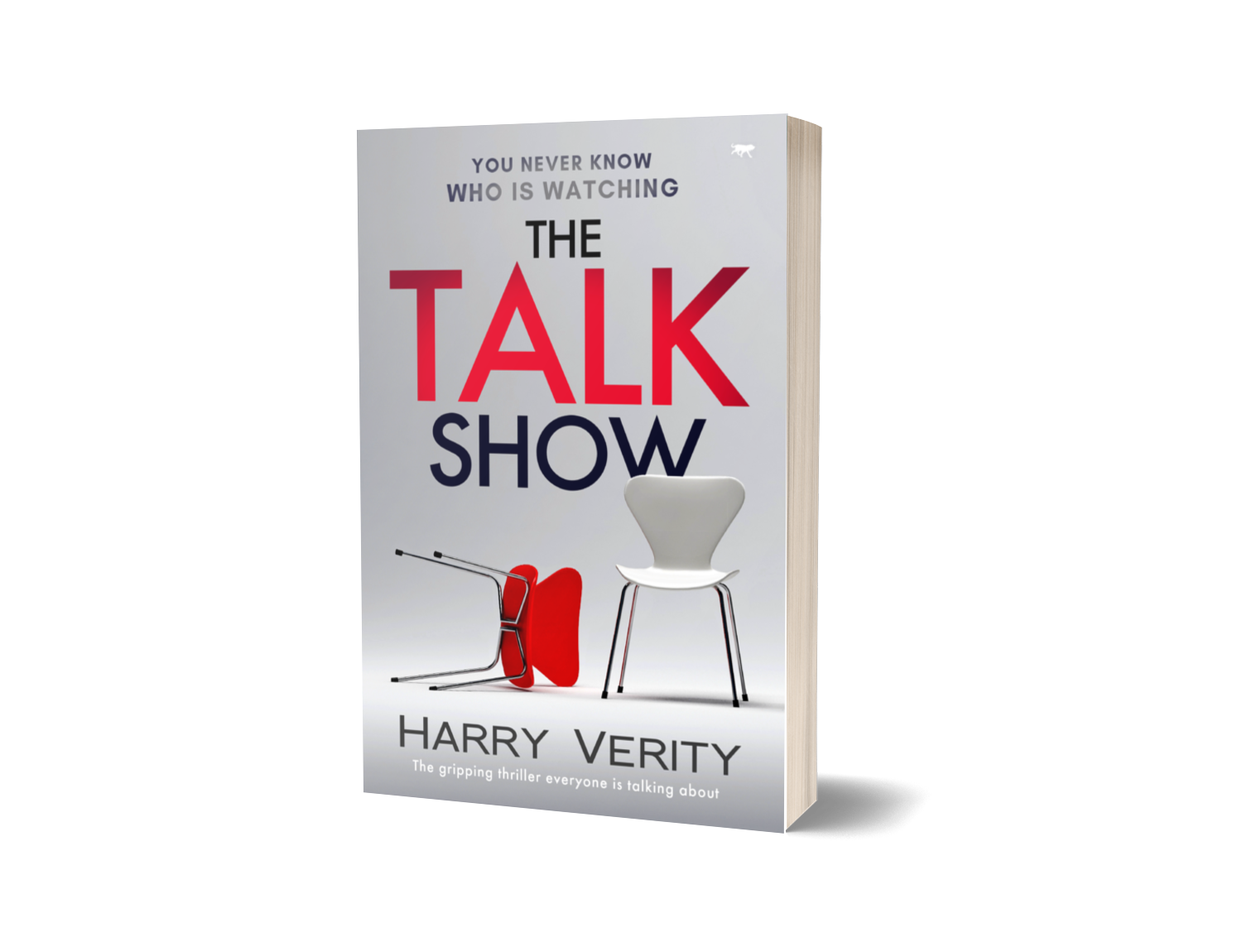